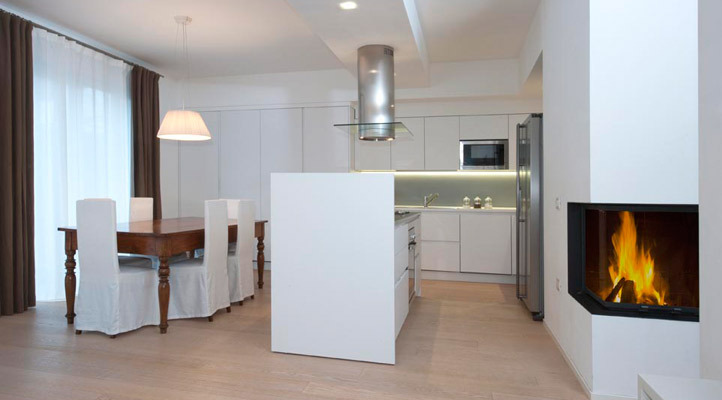 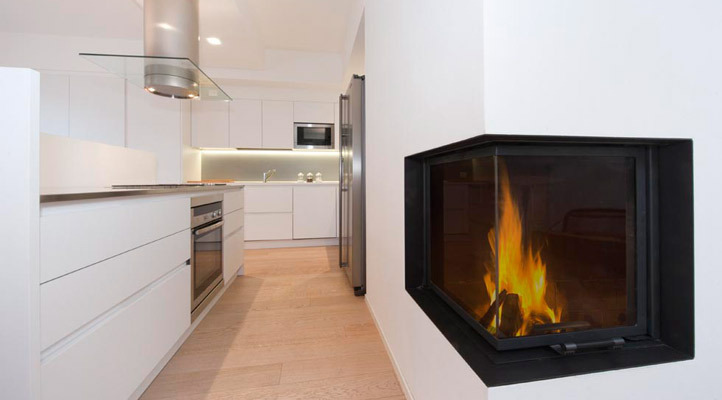 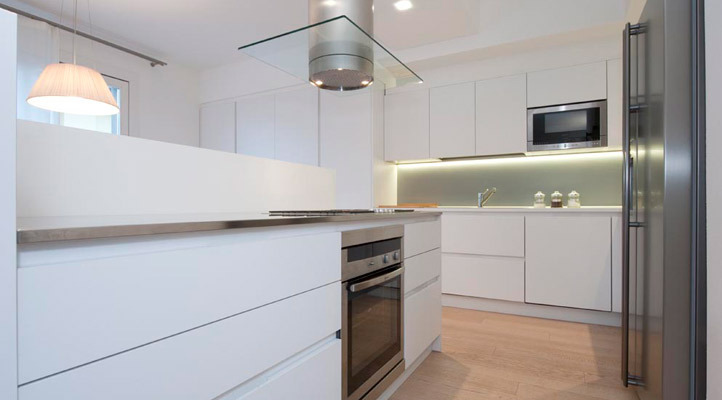 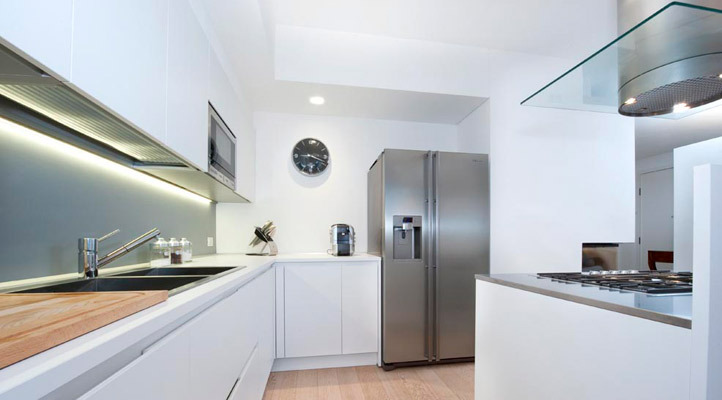 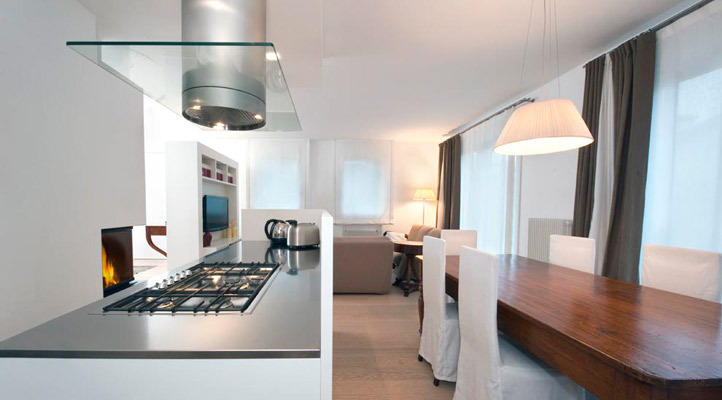 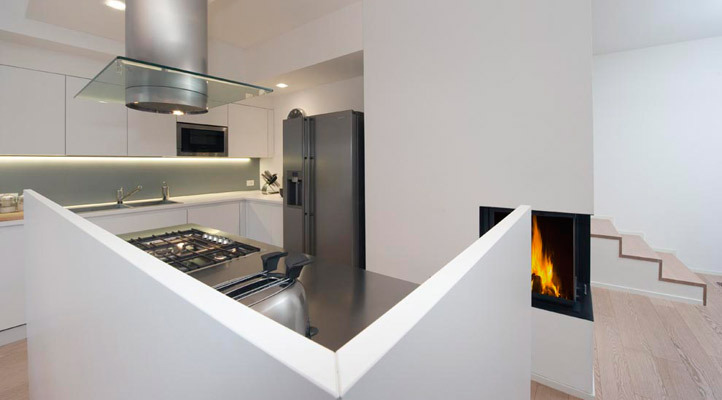 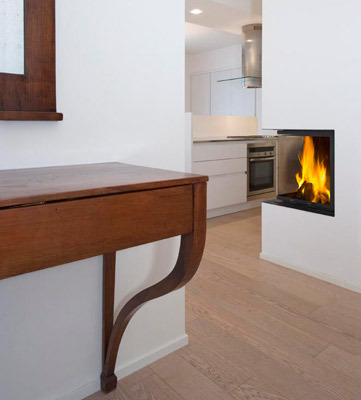 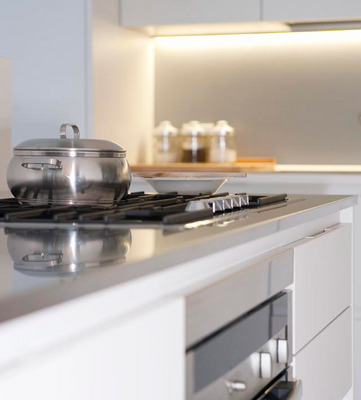 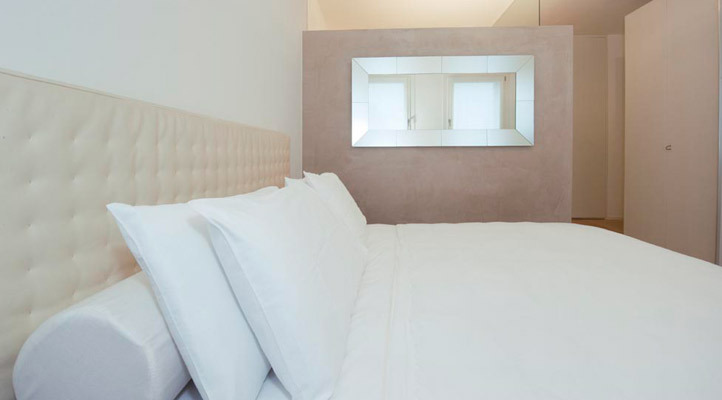 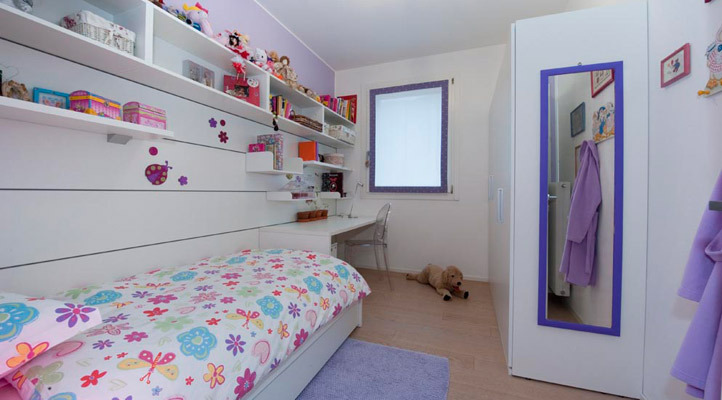 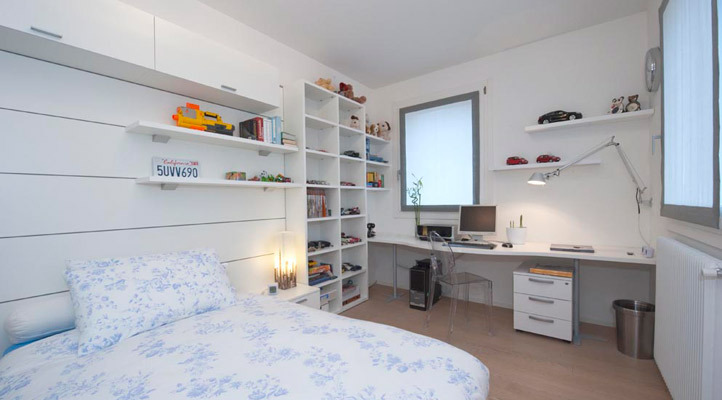 The aim of the intervention was to rethink the interior space of the south-east portion of a three-family building, located in a residential area in Pove del Grappa (VI). The effort was concentrated to obtain, without intervening on the load-bearing structures, an airy living space, bright and functional to the housing needs of the new owners. The main change to the distribution was the definition of a single space on the ground floor, eliminating the wall partitions that separated the entrance, the living room and the kitchen. In the basement there is a living area in continuity with the living room and a small study room. On the first floor a new bathroom has been created inside the main room, characterized by a glazed ribbon on two walls to capture the light from the windows of the room itself. The other two rooms are instead served by the existing bathroom slightly downsized. A single oak wood flooring runs on the three levels of the house and on the staircase to uniform the intervention, while the bathroom coatings have been made of resin.

Since 1992 practicing in Bassano del Grappa on his own and in collaboration with the Architect Alberto Fracca’s Studio.