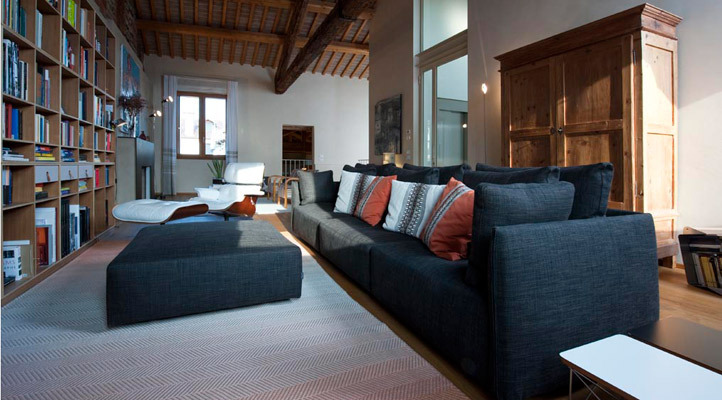 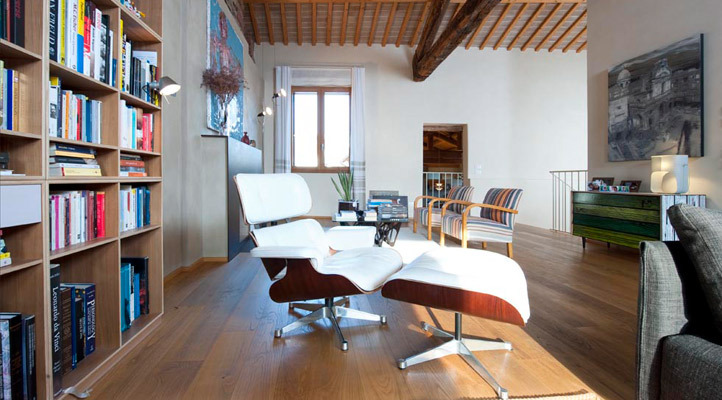 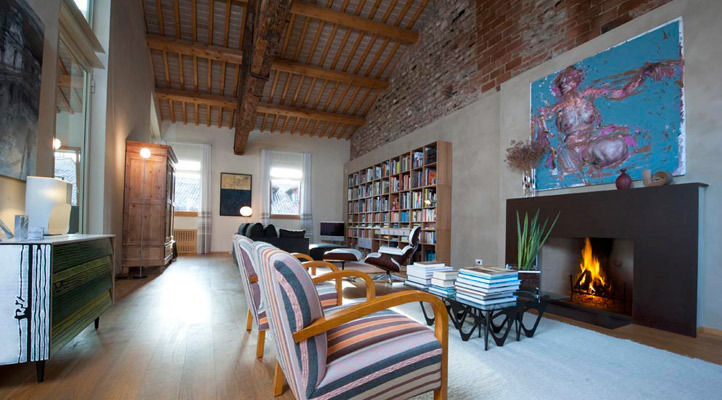 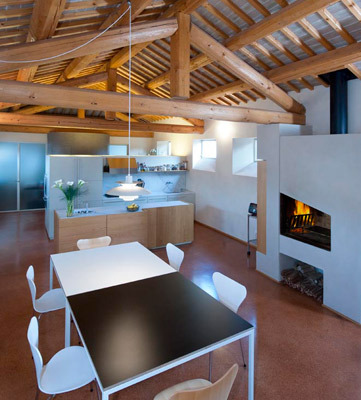 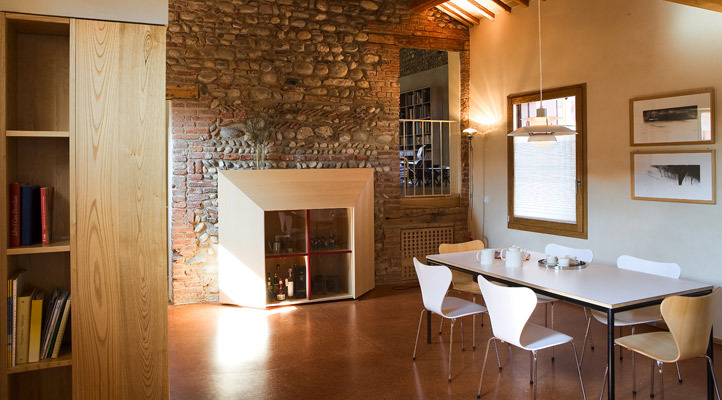 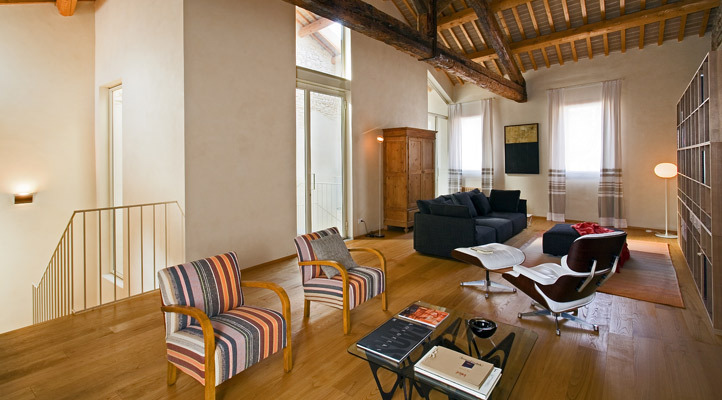 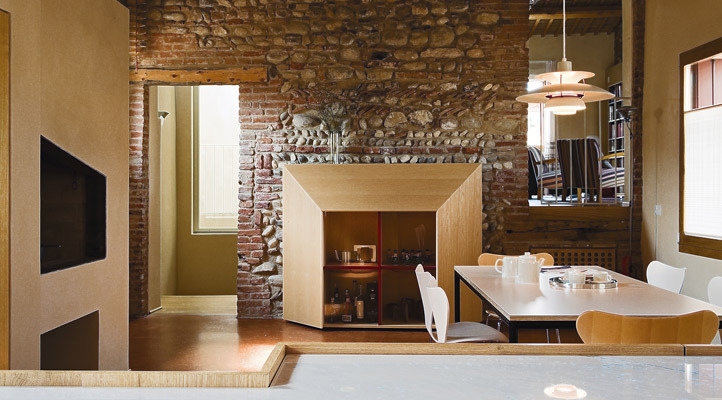 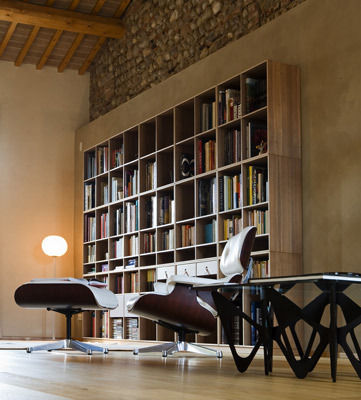 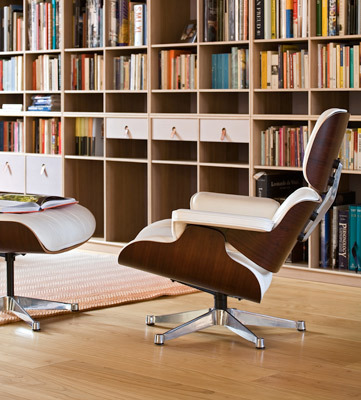 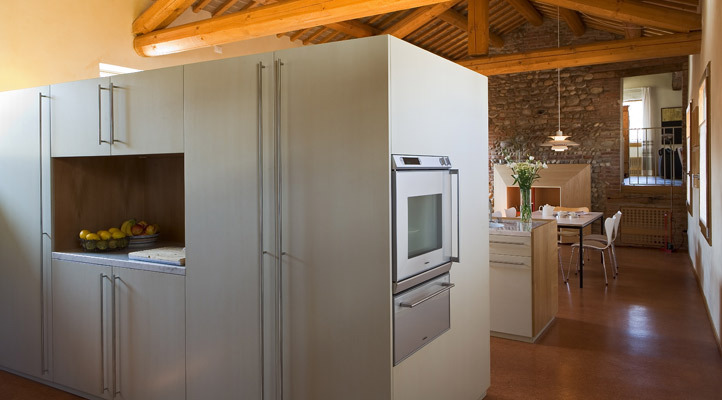 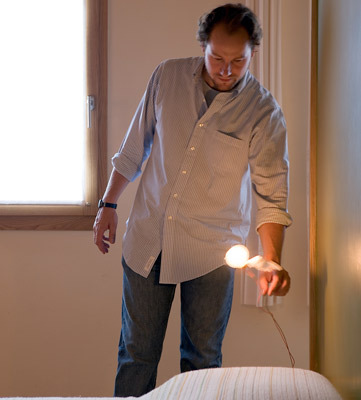 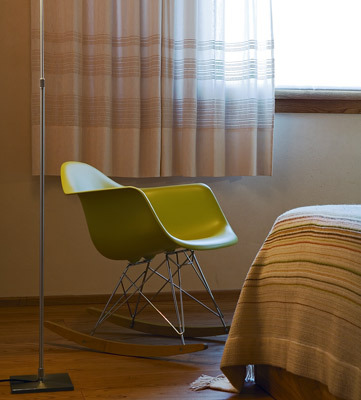 The last significant intervention, before the recent one, dates back to 1842, in which the largest volume was increased by one floor. Scanavacca’s work has converted a glassworks, active until the mid-1980s, into a residential home for a young family, focusing on three objectives: the well-being of tenants, the system of vertical paths and light. The first, understood as the quality of the designed spaces, also depending on the presence of children; the second, imposed by the very structure of the house, with vertical development, and the third as an expressive element of the project and as a connecting factor between the outside and the inside. The most significant parts of the building have been retained: the weaving of thorn walls and the large wooden truss of the living room, which was, for obvious security reasons, consolidated and restructured. Where possible, the ancient walls were left exposed, deciding to show even the less expressive parts, to tell the story of the building. You can see holes of old ridge beams, brick chimneys, closed windows and a Doric capital, found during excavations, which shows the date of 1672. The distribution choices of the environments have respected the points listed above: on the ground floor, facing towards the courtyard, there are the services with the laundry, the ironing, the box and the closets; first floor, the sleeping area and the second, flooded with light, the large living room. The house can be accessed either from the street or through the internal courtyard, via a square-based spiral staircase. The principles of bio-architecture inspired the choice of building materials. So wood, but with oil, wax or water-based paint finishes; granular cork for the insulation of the roof and walls; layer of wood fiber with greaseproof paper for underfloor heating, lime for plaster and the kitchen floor.

The choice to place it in this area was dictated by the abundance of light that penetrates the windows to the north and south, and the beauty of the landscape. To allow greater illumination from the south-facing windows, some splayings were made in the masonry. The fireplace, although with a modern design, is designed to be able to cook and is enriched with built-in chest of drawers. Wood, due to its tactile and visual qualities, has been widely used throughout the restoration. To confirm the importance of the recovery and the tradition of the place, the Venetian pastellon in terracotta finished with oil was used for the kitchen floor.