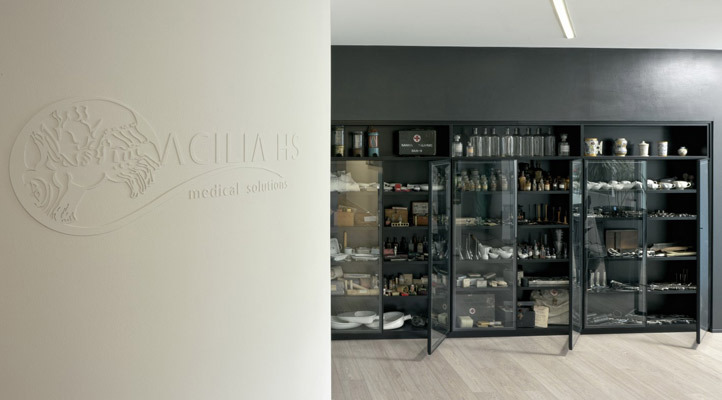 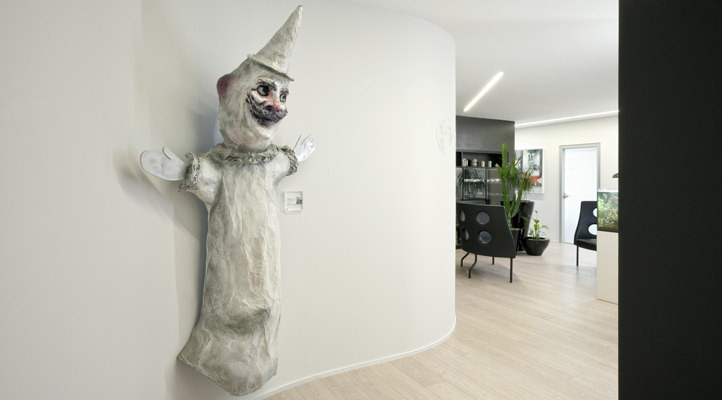 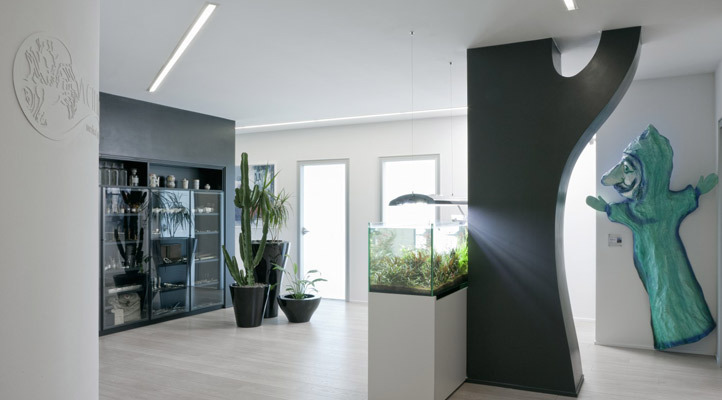 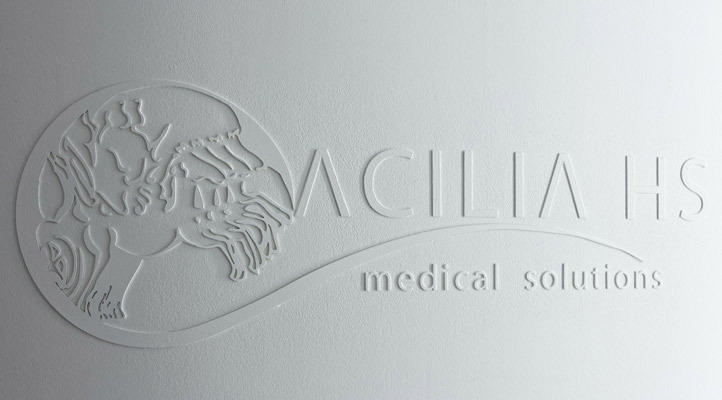 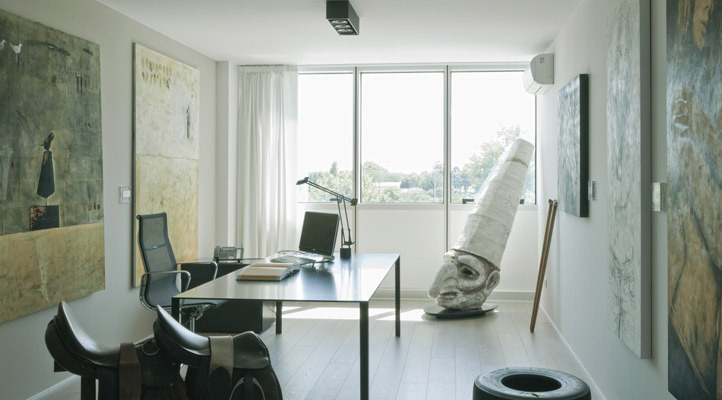 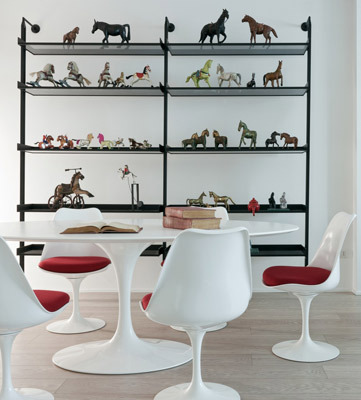 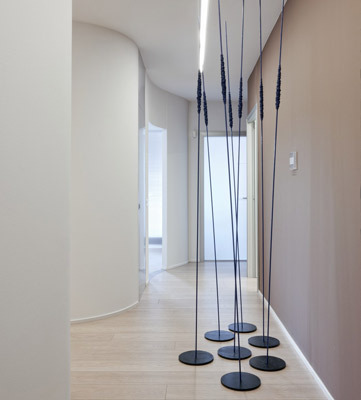 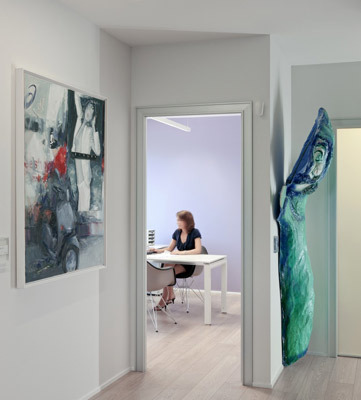 The project of the new operational offices ACILIA HS starts from the desire to seek a new contemporary expressiveness in the directional sector, avoiding and distancing oneself from the conventional styles, too often cold and anonymous, of the common working environments.

Ideas arise from an intense dialogue with a bold client, strongly intrigued and attracted by human creativity, understood in all its many expressive forms. An entrepreneur who firmly believes in Beauty and Art, in Technology and in History, but also in lightness and irony and in the communicative-expressive potential of surprising Viareggine carnival sculptures, antidotes to the aridity of consumerism and the anonymity of massification.

A project centered on surfaces, conceived in their articulation and unfolding in space as white pictorial canvases, expressive backdrops on which to exhibit and freely place paintings, objects and sculptures.

Here then is the sinuous and welcoming softness of the entrance wall which conceals the large presidential office equipped with exclusive meeting spaces. Following curvilinear fifths that cancel out the angles by perceptively dilating the spaces and, in strong contrast, the central role entrusted to the glossy black volume of the display box that houses a precious collection of historical finds and medical instruments.

The ceilings are designed to reinforce the walls and are animated by a lighting system consisting of striking cuts of light, linear or oblique graphic signs that anticipate and emphasize the paths, inviting an optimal perception of space and works. 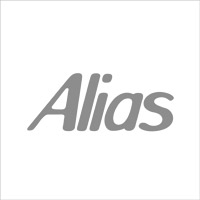